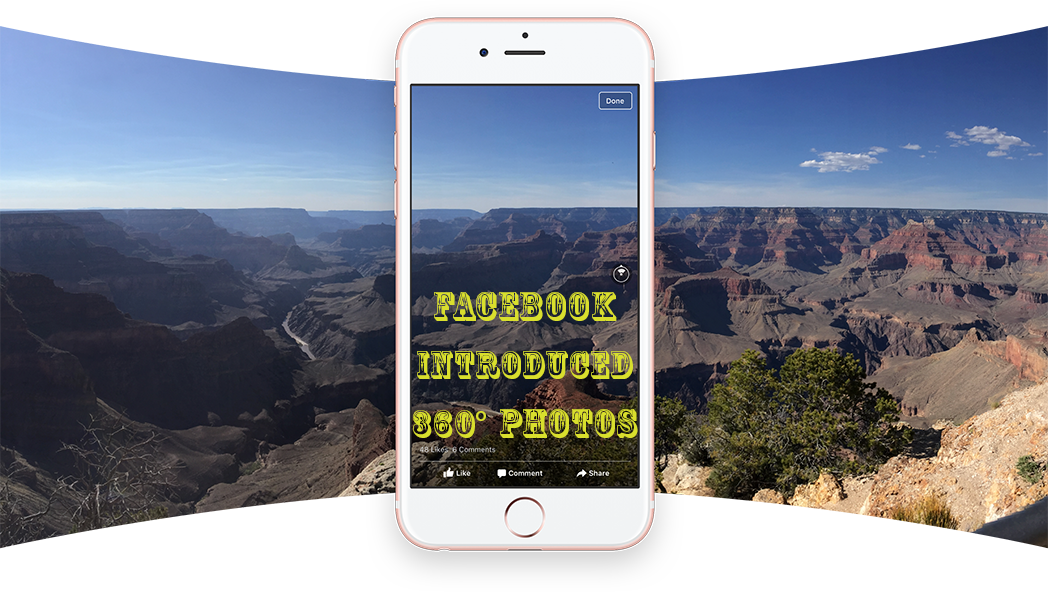 Simply take a panorama with your phone or capture a 360-degree photo using a 360 photo app or 360 camera, and then post it on Facebook as you would a normal photo. From there, we’ll convert it to an immersive 360 photo that people can explore, similar to how people experience 360 videos on Facebook.

360 photos are easy to identify in News Feed: just look for the compass icon on the right-hand side of the photo. Explore a 360 photo on mobile by tapping and dragging the photo or by moving your phone, and on the web by clicking and dragging. Now your friends can experience the moments you share in 360 as if they were actually there with you, from hiking through a national park, to wandering through a museum, to celebrating a wedding.

Along with 360 photos from your friends and family, you can discover stunning new 360 photos on Facebook from public figures, publishers, and other organizations. 360 photos give you the ability to take the stage in front of 100,000 fans with Paul McCartney, get behind-the-scenes access to the Supreme Court via The New York Times, visit the International Space Station with NASA, and more. This medium enables new opportunities for creativity, and we’re excited to see what kinds of 360 photos get shared on Facebook.

Beyond News Feed, you’ll also be able to explore Facebook 360 photos in virtual reality with the Samsung Gear VR, powered by Oculus. While using a supported Samsung device, simply click View in VR in the top left corner of the video, place the phone in the Gear VR, and experience the photo in an immersive VR environment.

360 photos are available to view starting from 10 June 2016 on Facebook via the web and the latest version of the Facebook app on iOS and Android. Over the next few days we’ll be rolling out the ability to share your own 360 photos on Facebook.