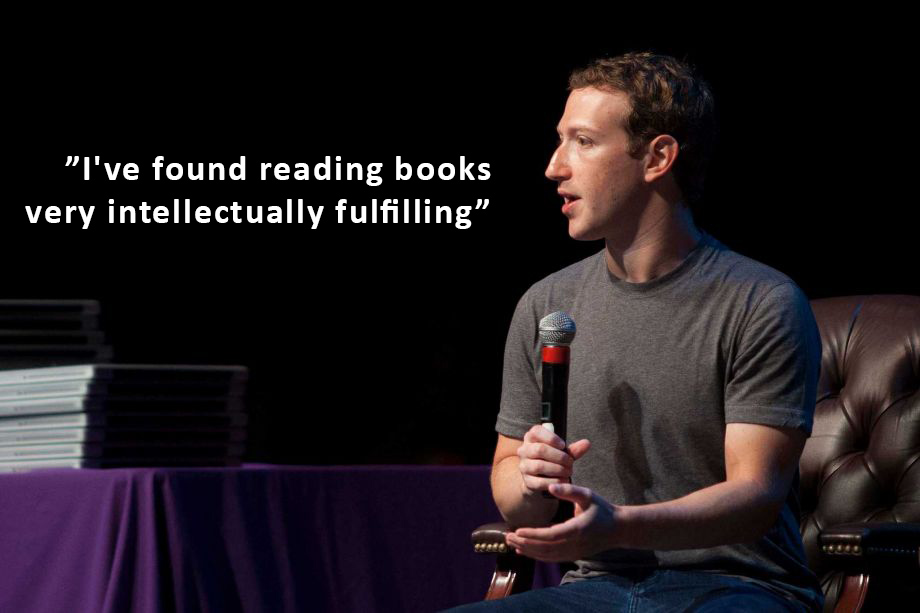 Over the weekend, Facebook CEO Mark  Zuckerberg invited  Facebook members to join him in his New Year’s resolution to read a new book every other week.

“My challenge for 2015 is to read a new book every other week — with an emphasis on learning about different cultures, beliefs, histories and technologies.” – announced Mark at his Facebook page on January 03, 2015.

Mark Zuckerberg’s global book club  is off to a roaring start: as of today  it reportedly has more than 90,000 members. The book club has, of course, a Facebook discussion page.

It’s members have already made thousands of suggestions for future reading material, including votes for the Bible and the Koran, the Book of Mormon, and Revolution by Russell Brand. Instead, Mr Zuckerberg’s first choice was “The End of Power”, a 320-page non-fiction tome by Moisés Naím.

Mr Zuckerberg wrote that the book “explores how the world is shifting to give individual people more power that was traditionally only held by large governments, militaries and other organisations. The trend towards giving people more power is one I believe in deeply, and I’m looking forward to reading this book and exploring this in more detail.”

I can imagine why Facebook might want its users to be able to buy books—and read them, too, perhaps alongside Facebook-picked ads—all from within the Facebook app. It’s also possible a book club is just a book club. At the very least, Facebook—with its vested interest in user data, habits, and emotions—will want to examine the influence of Zuckerberg’s book picks on user behaviors as it continues to explore the relationship between Facebook likes and people’s spending habits.

Don’t you see more opportunities for marketeers here? Mark  Zuckerberg’s first selection book had sold out on Amazon.com within 24 hours.