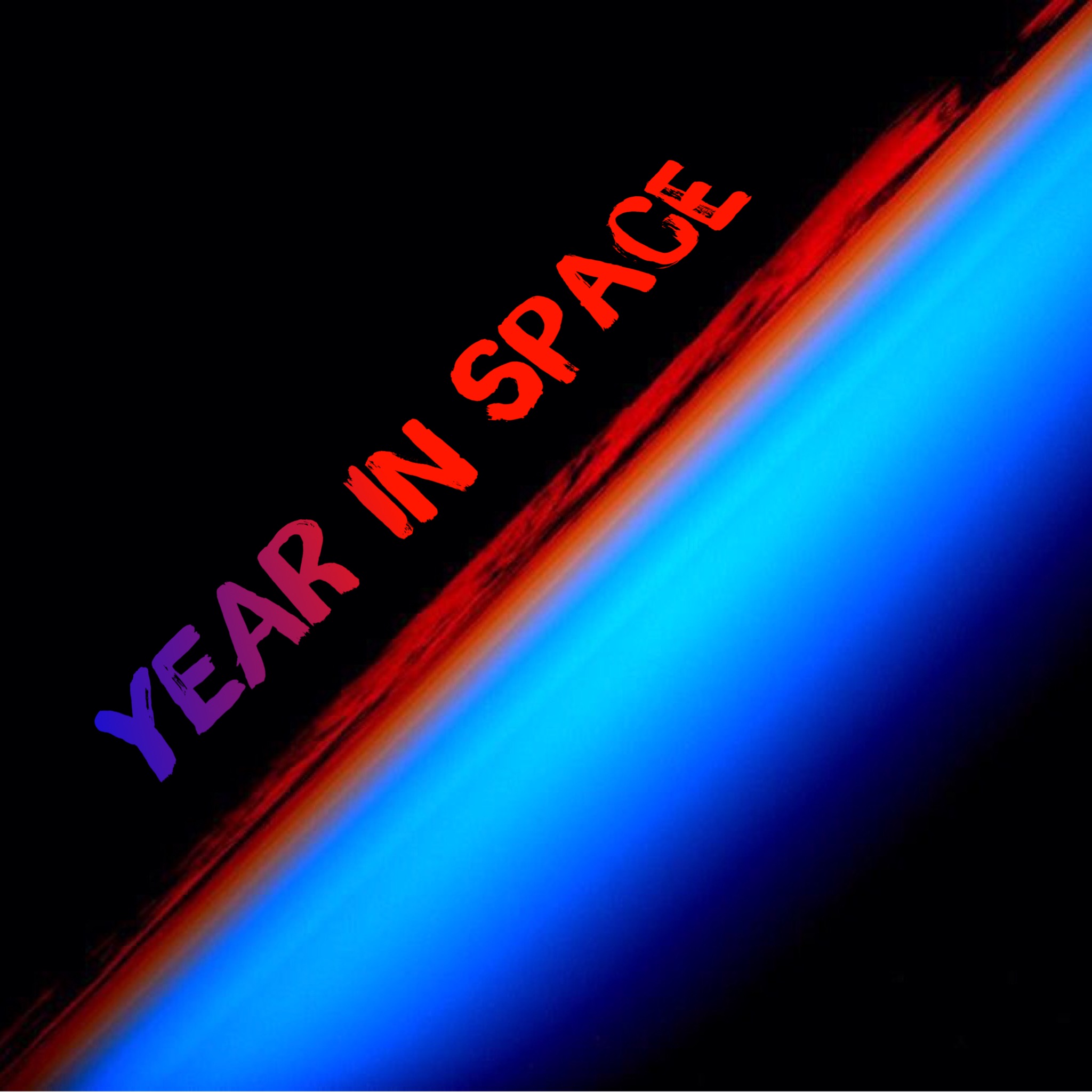 The Most Social Astronaut

The Most Social Astronaut Scott Kelly Returns Safely to Earth after One-Year Mission.

Scott Kelly landed in Kazakhstan at 11:26 p.m. EST (10:26 a.m. March 2, 2016 Kazakhstan time), on a capsule carrying two other companions from the International Space Station: Russian cosmonaut Mikhail Kornienko, who also spent 340 days in space, and Sergey Volkov, another Russian cosmonaut who has been in space for five and a half months.

During this time, Kelly has shared with the public an unprecedented view of what he’s seen while rotating Earth aboard the International Space Station.

Before Kelly went up for his mission, the astronaut was given direct order from President Barack Obama during the 2015 State of the Union address: “Make sure to Instagram it.” The result of that order? Kelly soon became an expert social-media user, uploading awesome images of high quality photography nearly every day to Instagram, Twitter, Tumblr and Facebook.

The astronaut documented nearly every day of his experience on social media with photos, facts and reflections.

Some of his most memorable moments included unveiling the first flower grown in space and floating around the International Space Station in a gorilla suit.  This was Kelly’s most-liked post on Instagram, garnering 255.686 views and 53.882 likes!

[I wonder how someone could dislike that hilarious video?]

In early February, astronaut Scott Kelly got the best Super Bowl  seat. He tweeted a photo of the Levi’s Stadium in Bay Area from the ISS. 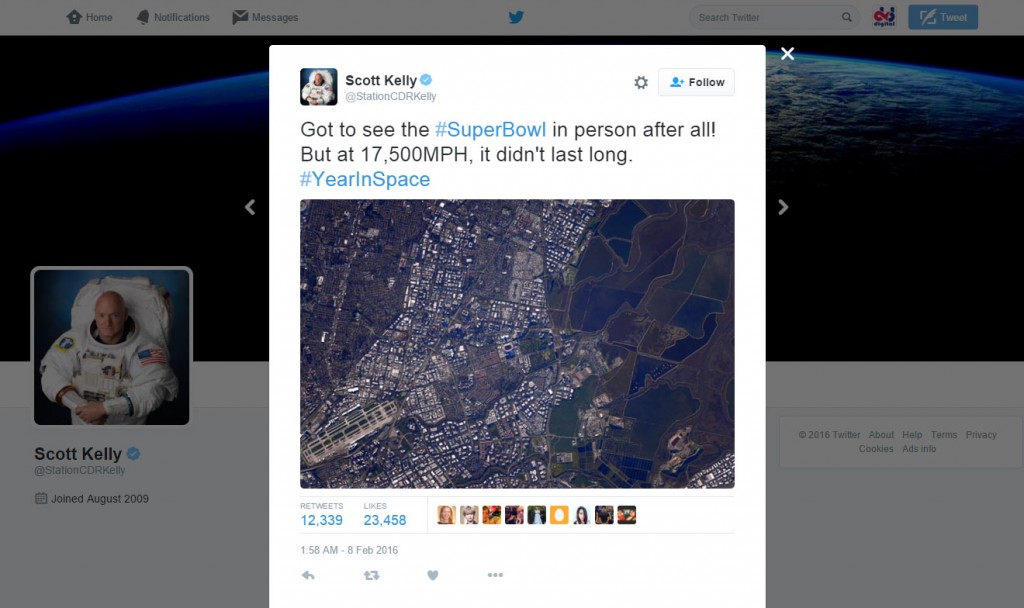 During various Twitter chats, Kelly revealed some interesting facts about life in space: He sees 16 sunsets a day, his sleeping bag has a strap on top, his drinking water comes from processed urine, and he throws away his clothes after wearing them in space.

As Kelly took more photos (with a Nikon D4 camera, as noted in one of his Twitter chats),#EarthArt was born.

In January 2016 Scott Kelly revealed the challenges of living in space during Reddit AMA.

“My favorite spot on Earth to see from space is probably the Bahamas,” Kelly told a questioner during a question-and-answer session held on Reddit. “The brilliant and varied colors of the blue water and contrast from here is pretty spectacular.”

With the end of this mission, Kelly now has spent 520 days in space, the most among U.S. astronauts. Kornienko has accumulated 516 days across two flights, and Volkov has 548 days on three flights.

During the record-setting One-Year mission, the station crew conducted almost 400 investigations to advance NASA’s mission and benefit all of humanity. Kelly and Kornienko specifically participated in a number of studies to inform NASA’s Journey to Mars, including research into how the human body adjusts to weightlessness, isolation, radiation and the stress of long-duration spaceflight. Kelly’s identical twin brother, former NASA astronaut Mark Kelly, participated in parallel twin studies on Earth to help scientists compare the effects of space on the body and mind down to the cellular level.

Before landing, Cmdr Kelly told reporters during a live link-up: “Physically I feel pretty good… but the hardest part is being isolated in the physical sense from people on the ground who are important to you. There’s a loss of connection.”

Shortly after landing, Kelly, Kornienko and Volkov will enter a medical tent to participate in a series of “field tests” that will assess their balance, co-ordination and ability to walk.

From Kazakhstan, Cmdr Kelly will be flown to Houston in the US, where researchers at the US space agency (Nasa) will begin a series of scientific checks.

Despite the length of their flight, Kelly and Kornienko are still some way shy of the record for the longest single spaceflight, which is held by the Russian Valery Polyakov, who spent 437 consecutive days aboard the Mir space station in the mid-1990s.